Arsenal’s form has continued to rise. Despite their recent dismissal from the Capital One Cup by Chelsea and an away loss to Manchester United, some would say this roller-coaster pattern is not all too different from prior campaigns, especially after dismantling Liverpool and a stunning win against Dortmund in the Champions League. The Gunners will hope their ride has more ups than downs.

Arsenal is just two points clear of Liverpool in the EPL after the 11th week, and the away win to Dortmund places them in a position that Arsene Wenger’s men are slightly unfamiliar with. They’ve been competing within Europe’s top-flight without playing their best football. Outside of the sublime form of Aaron Ramsey, the Arsenal midfielders and attackers have only shown flashes of skill and brief stints of brilliance against the top opposition.

While Mesut Özil has turned in some performances that will justify his hefty transfer fee, he is still adjusting as his performances have been inconsistent by his own standard. Mathieu Flamini has added the steel and shape that the midfield has missed over the past couple of years. Mikel Arteta plays deep enough to allow his attack-minded midfielders to push forward, still providing the high technical ability to move the ball to all corners of the pitch. The quick one-two passing that created one of the goals of the season from Jack Wilshire shows a team that is gaining chemistry and understanding of each other with every game, prompting Jurgen Klopp to admit after his side’s 1-0 loss that,

“They are a team full of excellent technicians.”

Arsenal is playing with confidence that is not only created by their success but also with a belief that their best is yet to come. The real question lies – can this Arsenal side get even better? It almost seems inevitable. Currently, Arsenal has a grocery list of players sidelined by injuries, most notably, Theo Walcott, Lukas Podolski and Alex Oxlade-Chamberlain. Players like Walcott and Oxlade-Chamberlain can add elements of pace, skill and finishing ability from the wings, which has not been available to the team during its current run. With Özil’s ability to change games with a single pass, there is a potential that the connection between him and Walcott could become lethal.

The 11th match week clash against the reigning EPL champions reveals the irony of how the table has turned for both the Gunners and Red Devils. With Manchester United dropping points early and being left to rue transfers that could have been, Arsenal has taken the advantage to build an early lead. This advantage comes down to consistency, which Arsene Wenger stated would be a determining factor early this year,

“With three of the top four clubs changing managers, the early part of the schedule can be an area we can take advantage of as teams learn to adjust in their new clubs.”

No other team has won more points than Arsenal in the 2013 calendar year, leading last season’s champions, Manchester United by aggregate points. Although titles are not awarded on this stat alone, it shows Arsenal is steadily improving. Ahead of their clash at Old Trafford, Arteta stated,

“We have to prove every week that we are capable of maintaining where we are and keep improving as a team, because I believe there is still room for that.”

Arsenal’s best is yet to come with first team players on the verge of coming back and chemistry increasing with every match. It is important for this team to not examine any one match too closely but focus on the continued rise of class coming from the whole squad. As they head into the next match, remember – keep calm and stay gunning.

Is Massimo Allegri's Time Up at AC Milan?

Pep Guardiola's Inheritance vs. The House That Jurgen Klopp Built 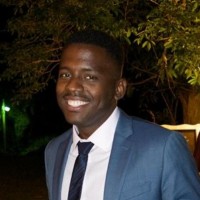 The definition of a Gooner.

Ambition Amongst The Challenge Of Safety And Status

Life At The Bottom Of The English Premier League