Marouane Fellaini – The Biggest Waste Of Money Ever

Manchester United are falling from the table as each week passes. The Red Devils are going from bad to worse at the moment. Their match against Southampton proves their lack of quality and tenacity.

At the center of the problem is Marouane Fellaini (pun intended). Manchester United have spent nearly $30m to make their team poorer. He simply doesn’t possess the technique or class to be a top Manchester United player. He’s a utility man that does the dirty work at best. But having spent so much money on him, and with no contributions to goals or scoring opportunities, this could be David Moyes’ biggest blunder yet.

Fellaini might not be the creative player maker United fans look to for goal scoring opportunities, but against Southampton, he barely contributed defensively. With an average of three tackles won, he was pathetically easy to beat one-on-one, as he put in several half-hearted challenges. You at least expect a physical presence in there, if nothing else. But compared to Southampton’s Victor Wanyama (who plays a similar role), Fellaini was unable to make an impact defensively.

If David Moyes can’t stop the bleeding at Old Trafford, Marouane Fellaini might be the gangrene that needs to be cut off.

Is Massimo Allegri's Time Up at AC Milan? 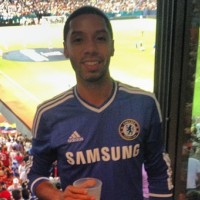 Life At The Bottom Of The English Premier League

Pep Guardiola’s Inheritance vs. The House That Jurgen Klopp Built